The holiday season is here, as proof we see it by the department stores that are covered in red, green and gold holiday colors along with the soothing holiday music. The Hallmark and Lifetime channels are in overdrive with a lineup of both old and new holiday programming.

With all the uncertainty of 2020 dangling over our heads like a misplaced mistletoe, there is one for sure thing we can count on and that is CHRISTMAS! Here is a list of some of my favorite Christmas movies for you to check out.

This Christmas (2007): Christmas with the Whitfield’s promises to be one they will never forget. All of the siblings have come home for the first time in years and they’ve brought plenty of baggage with them. As the Christmas tree is trimmed and the lights are hung, secrets are revealed and family bonds are tested. As their lives converge, they join together and help each other discover the true meaning of family.

Almost Christmas (2016): Walter Meyers (Danny Glover) is a retired automotive engineer who lost his wife, Grace (Rachel Kylian) one year earlier. Now that the holiday season is here, he invites his four grown children and the rest of the family to his house for a traditional celebration. Walter knows that if his daughters Cheryl (Kimberly Elise) and Rachel (Gabrielle Union) and sons Christian (Romany Malco) and Evan (Jessie Usher) can spend five days together under the same roof, it will truly be a Christmas miracle.

The Nightmare Before Christmas (1993): The film follows the misadventures of Jack Skellington, Halloween town’s beloved pumpkin king, who has become bored with the same annual routine of frightening people in the “real world.” When Jack accidentally stumbles on Christmas town, all bright colors and warm spirits, he gets a new lease on life – he plots to bring Christmas under his control by kidnapping Santa Claus and taking over the role.

Four Christmases (2008): When upscale, happily unmarried San Francisco couple Kate and Brad find themselves socked in by fog on Christmas morning, their exotic vacation plans morph into the family-centric holiday they had, until now, gleefully avoided. Out of obligation—and unable to escape—they trudge to not one, not two, but four relative-choked festivities, increasingly mortified to find childhood fears raised, adolescent wounds reopened…and their very future together uncertain.

Home Alone 1-4 (1990): When bratty 8-year-old Kevin McCallister (Macaulay Culkin) acts out the night before a family trip to Paris, his mother (Catherine O’Hara) makes him sleep in the attic. After the McCallisters mistakenly leave for the airport without Kevin, he awakens to an empty house and assumes his wish to have no family has come true.

Santa Claus (1994): Divorced dad Scott (Tim Allen) has custody of his son (Eric Lloyd) on Christmas Eve. After he accidentally kills a man in a Santa suit, they are magically transported to the North Pole, where an elf explains that Scott must take Santa’s place before the next Christmas arrives. Scott thinks he’s dreaming, but over the next several months he gains weight and grows an inexplicably white beard.

Friday After Next (2002): Friday after next takes place back in the hood during the Christmas season, Craig and Day-Day are now living in a rundown apartment. After having Christmas present and rent money stolen by someone posing as Santa, they get jobs working as unarmed security guards in the local mall, they get threatened with eviction, pick up girls, get drunk, take drugs and need quick cash.

A Christmas Story (1983): Ralphie is a little boy who just so badly wants a B.B. gun for Christmas, it’s just his dream. Only one problem, it’ll shoot his eye out according to the adults around him. We go through Christmas with Ralphie and his family, his father who is obsessed with a prize leg lamp he won. His mother who is greatly under-appreciated but extremely loving.

Last Holiday (2006):  A shy cookware sales clerk (Queen Latifah) thinks that she’s dying of terminal cancer and decides to take one last dream vacation to Europe. Selling all of her possessions, she decides to live it up in a posh hotel but does not know how the rich are supposed to conduct themselves.

Jingle Jangle (2020): Sing and dance along to this fun musical, which tells the tale of a talented toymaker and his delightful granddaughter, who helps him find joy again after a heartbreaking betrayal.

Jack Frost (1998): A father who can’t keep his promises, dies in a car accident. One year later, he returns as a snowman, who has the final chance to put things right with his son, before he is gone forever. Jack Frost is a singer who’s on the road most of the time so he can’t spend a lot of time with his son Charlie, although they love each other very much. When Jack dies in a car accident, Charlie becomes a very sad young man, until…

Snow Globe Christmas (2007): Christmas fanatic who gets transported into the world of a literal snow globe after receiving it as a gift at the mall.

Eloise At Christmastime (2003): The precocious six-year-old Manhattanite of Kay Thompson ‘s beloved Eloise books gets into the holiday spirit while playing cupid in this made-for-TV comedy. Eloise resides at the Plaza Hotel with her parents, and like much of the hotel staff, she’s excited about the upcoming marriage of Rachel Peabody, the daughter of the hotel’s owner, to handsome Brooks Oliver.

Miss Me This Christmas (2017): While coming to terms with the fact that her divorce will be finalized on Christmas day, a woman named Regina stays at the Chesterton Hotel where she and her ex got married. But soon, she begins a whirlwind romance that distracts her from her troubles.

A Madea Christmas (2013): Madea gets coaxed into helping a friend pay her daughter a surprise visit in the country for Christmas, but the biggest surprise is what they’ll find when they arrive. 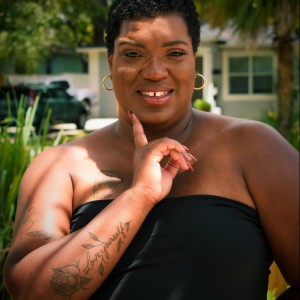 Hi my name is Minnie. I love what I do here on this platform as a lifestyle blogger. I'm into my family, traveling, fashion, cooking, arts,crafts and trending news of what's going on in the world that we live in today. So subscribe and stay tuned because Aspire To Be has a lot to say and give.

Thank you for joining!

This website uses cookies to improve your experience while you navigate through the website. Out of these, the cookies that are categorized as necessary are stored on your browser as they are essential for the working of basic functionalities of the website. We also use third-party cookies that help us analyze and understand how you use this website. These cookies will be stored in your browser only with your consent. You also have the option to opt-out of these cookies. But opting out of some of these cookies may affect your browsing experience.
Necessary Always Enabled

Any cookies that may not be particularly necessary for the website to function and is used specifically to collect user personal data via analytics, ads, other embedded contents are termed as non-necessary cookies. It is mandatory to procure user consent prior to running these cookies on your website.